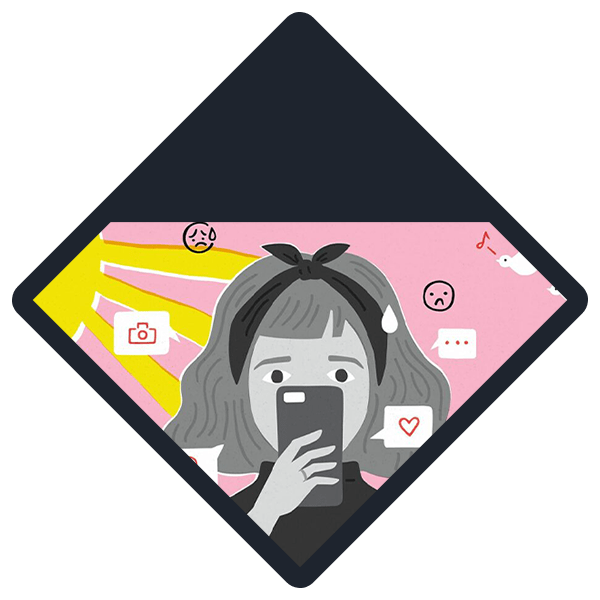 I was about to take over the world, but then I saw something shiny.

I don’t even know where to start on this one. To me the ridiculousness of this concept comes across in how stupid I feel when I try to say it out loud. “Fow-mow”…

I imagine this to be the sound a cow would make as it watches a train pass and it tries to mumble what this moving thing is in cow-language whilst chewing on its grass meal.

What is FOMO? You probably know. If not, here’s what the acronym stands for: Fear Of Missing Out. FOMO is what your friends tell you they are suffering from when they attempt to justify decisions they made which they are not owning or satisfied with. Perhaps you also have invoked this highly dangerous medical condition to explain the conundrum you faced one evening as you were trying to decide whether to go to your friend’s birthday party or to your cousin’s leaving drinks. (I had to look up the definition of the word conundrum: a confusing and difficult problem or question. I put it there because it sounded good) .

Let’s look at what FOMO is. When I fear missing out on something, what I’m pretty much doing is projecting a scenario in which a set of events will occur and if I am not present, I will be either excluded, embarrassed or regretful. If I am present, on the contrary, I will belong, I will be aware of the set of events, and as such I won’t be embarrassed or regretful. This is a simplified explanation and might not be exhaustive to all cases of FOMO, but the essence of the condition is the same. I don’t want to be excluded or not be aware of what happened. It usually involves social situations and therefore feelings of acceptance and inclusion in a group.

So right now, you’re missing out. You definitely are. No matter where you are, or who you are with. If you’re reading this, you’re missing out on something, going on somewhere, that some people you know are up to. At the same time, by doing what you are doing, you are included in the group of people who have read these ideas, and who work on themselves and strive to improve their decision-making and want to learn how to prosper and move forward in their life with greater serenity and assurance.

That’s the story of our life. Every single moment we are missing out on things, and missing all sorts of trains that we could catch and ride on. We have only one reality, the one we’re living in moment by moment, at the expense of the infinite number of possibilities that exist on the level of potential only, and never materialise.

And yet how do you feel? I feel fine just now, writing this and knowing that I’m missing out on so much out there. I will still fall asleep tonight. Every moment is like that. Do you feel excluded from anything right now? Do you think you’ll be made to feel embarrassed when you learn later on what was going on while you were reading this? Will you be regretful that you chose to read this instead of doing something else?

If you do, you don’t have a FOMO problem. You have an attitude problem. That attitude problem is called “regret” and it has to do with looking back on past circumstances which you cannot change, instead of being grateful for the past, being present with what is now, and looking to create an inspiring future to live into.

FOMO is the excuse I use to avoid commitments and responsibility. It’s a strategy I have which allows me not to face the possibility of choosing something that maybe wasn’t the best choice in hindsight. It’s a cop-out mechanism: I get to not take responsibility for my choices and not have to deal with the consequences (ALL the consequences).

Another benefit that I get is attention and pity: people fly to my rescue when I have FOMO because poor little me, it’s not my fault, I am torn between X and Y… Someone would serve me well if they came to me and said: “Stop lying to yourself. If you want to go, then say so and go! You are a free man, are you not? What’s all this nonsense about? Pick the option which is most attractive to you and deal with the consequences. You can’t be in two places at once, so stop being a baby about it, pick the one that you like most and BE there. And if you like them both equally, toss a coin!”

Our problem arises when we consider many options and for every one of them, go: “ooh, what’s exciting in this scenario? And what’s exciting in that scenario? Aaaarrrghh I just want both SO MUCH!” We create knots and knots of complicated thinking, most of it being filled with distractions and desires that are not really our own. We humans get easily distracted by shiny things and forget what truly matters to us.

That’s one thing that cows got right. They don’t care much about the shiny train. They just eat grass.