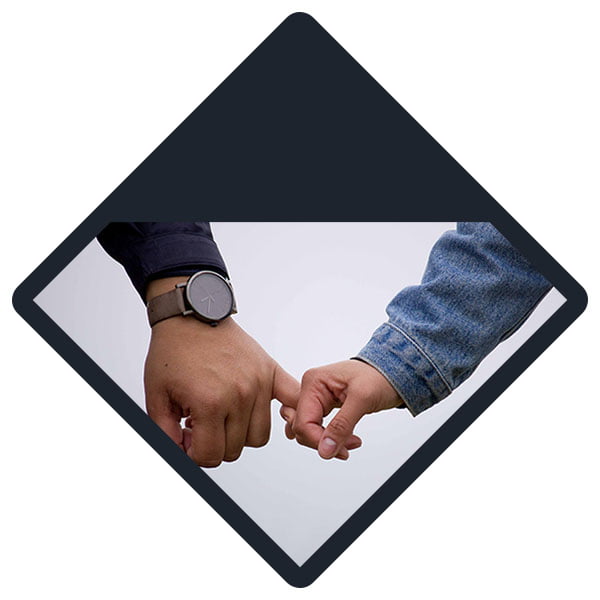 “Failure to commit is the high cost of low living .“

It was August 2017, just about a month before my wedding. My wife and I had been engaged for 15 months at that time, and several friends had been asking me about my decision. They seemed fascinated by this act. ” How did you decide to propose? How do you know she is The One? “

Others, perhaps less subtly, came up with: ” The wedding is coming up soon, man… Do you have any doubts? ” What I told them then is what I still believe now: “No, I don’t have ‘doubts’.” The problem with these questions lies not in the different answers they might lead to. The problem lies in where these questions are coming from. Doubts are rooted in Fear; Commitment is rooted in Choice.

Let me clarify something here. I was not transcended by a shining white light the moment I laid eyes on my future wife – nor was she, believe me! I was simply attracted to her like I had been to other women many times in my life before, and I went up to talk to her. That’s it. The magic is created as we move forward, helping each other grow and adjusting our trajectories as we go. It does not show up at any sudden point in time.

” How did you decide you wanted to marry her? “

I don’t know exactly when I made the decision, because it kind of just emerged progressively. We were creating such a profound and intimate relationship together. It was pretty natural to start projecting, imagining and hinting at possibilities of committing to being with each other and growing together for the rest of our lives.

Well, the truth is I didn’t know, and I still don’t know. I just decided that she was. I see many people living in the shadow of their fantasies about the mysteries of life and love… Like with drugs, I have for a long time been chasing love and relationships, looking for the next HIT, excited at the prospect that it will be better next time, and never appreciating what I had, or that what I had might very well be what I was waiting for. This juvenile way of being surely was not going to allow me to create a marriage.

I would argue that love isn’t mysterious at all. I felt great with this woman who would later become my wife; not only that, I felt great consistently. I could be more myself with Her than anyone else I had ever met; I loved being around her. I loved talking with her. What other feedback from life does one need?

“ How do you know your relationship will stay the same? ”

I don’t, and I never did. Actually I am fully aware that it will evolve and change, therefore it inevitably won’t stay the same. But I see it as my responsibility to create this evolution in a way that fulfills both of us; I don’t surrender my agency and power to some unknown external and random source of hope. In Neuro-Linguistic Programming (NLP) you learn about “nominalisations”, words that are intangible ‘things’ that we create as entities, eg. a “relationship”. A relationship is not a “thing”. You can’t put it in a wheelbarrow. It is an unfolding which results from a way of being and doing. Two people are relating to one another, ongoingly. It is up to me to shape that relating on an ongoing basis.

“ Did you ever wonder if you might be attracted to other women in the future? ”

The answer seems obvious to me, but I guess it’s worth spelling out so that nobody feels there is something wrong with them. Of course, I will be attracted to other women throughout my lifetime. This is biological. It has nothing to do with the decision to marry and commit to love and grow old with one person. You do not eat every time you see tasty food, do you?

“ Did you ever doubt your decision? ”

No, for a very simple reason which also informed my answers to all previous questions… Because I made a decision to commit. Again, and again, and again… The problem that most people face is that they believe commitment is a feeling. A friend of mine said this to me the other day: ” Mmmmh, yeah I’m not sure I could do what you are doing, I don’t feel committed enough to my girlfriend to marry her. ” Commitment is not a feeling, commitment is a choice. You simply choose. Either you are or you are not. But the irony of it all is that NOT committing will create what you fear while committing will create what you most desire.